Songs I downloaded on iTunes.

1. Sugar Daddy by Neil Patrick Harris from cast recording of Hedwig and the Angry Inch. I saw NPH perform this on the Tony’s last summer and I finally decided that I needed to own the recording. I think the soundtrack recording is not a high energy as his performance at the Tony’s but it’s still pretty great.

2. Stuck On a Feeling by Prince Royce featuring Snoop Dogg. I am obsessed with this song. It actually sounds a little bit retro to me. Not real retro, but late 90’s/early 2000’s retro. I have no idea who Prince Royce is, but I like him. I think it’s very reminiscent of the New Kids on the Block. Which leads me to my next download…

3. Give it to You by Jordan Knight. Stuck on a Feeling made me think of this song for some reason, and then I realized that I didn’t have this song. Problem solved. This is definitely on of the great pop songs of 1999. I’m pretty sure I listened to it 8 times in a row during a run the other day. I don’t know how I was living without it for so long.

4. Love Me Harder by Ariana Grande featuring The Weekend. I always am on the fence about spending money on Ariana Grande songs because I’m luke warm about her as a person and I figure it’s just a pop song that I’ll get bored of in five minutes. But then I always give in. This song is classic young pop star, “I’m an innocent young girl, but I’m going to sing about sex.” There is nothing discreet about these lyrics.

5. Jealous(I Ain’t With It) by Chromeo. Do not be confused, this is not the Nick Jonas song. I was browsing around on iTunes and I listened to a sample of this. It’s unbelievably catchy and hilarious like every other Chromeo song. It was a must have. 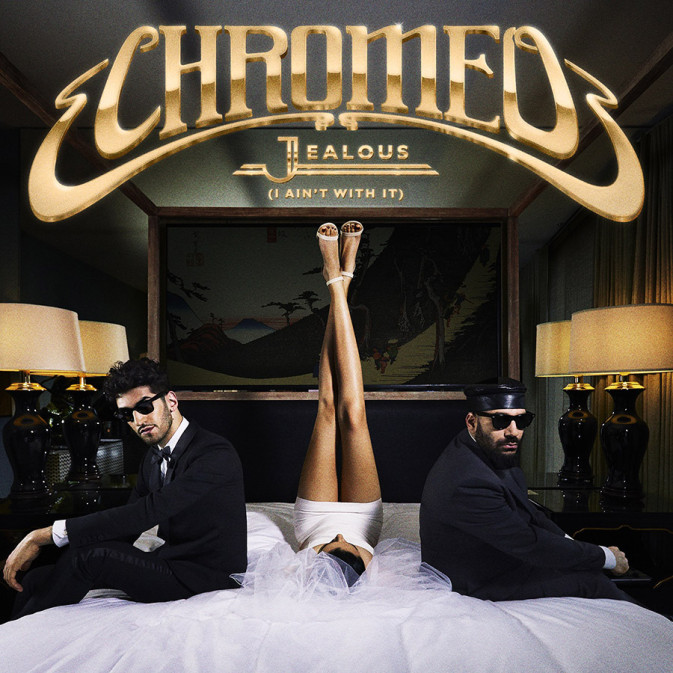