Since the summer is always kind of a snooze when it comes to TV, I’ve learned to take advantage of Xfinity’s On Demand feature. I started by catching up on episodes of The Goodwife that I missed. Once I got the hang of it, I found some new favorites.

I always thought I would like VEEP because I loved The West Wing, and it’s a lighter, funnier version of that. I was right. There are sometimes when the episodes get a little too into crazy sitcom style scenarios, but everyone on the show is really funny!

My friend Carrie recommended this to me, and I’m glad she did. It was on TVLand but I rarely remembered to catch it during the week. It’s about a newly divorced 40 something who needs to get back in the work force. After some failed attempts she decides that to get a job at a publishing house, her best bet is to pose as a 20 something. She inhabits the life of a 20 something by hanging out with her co-workers and dating a much younger man, and she walks the line between the generations. The show is really funny and it has some good commentary on how different generations see the same issues. 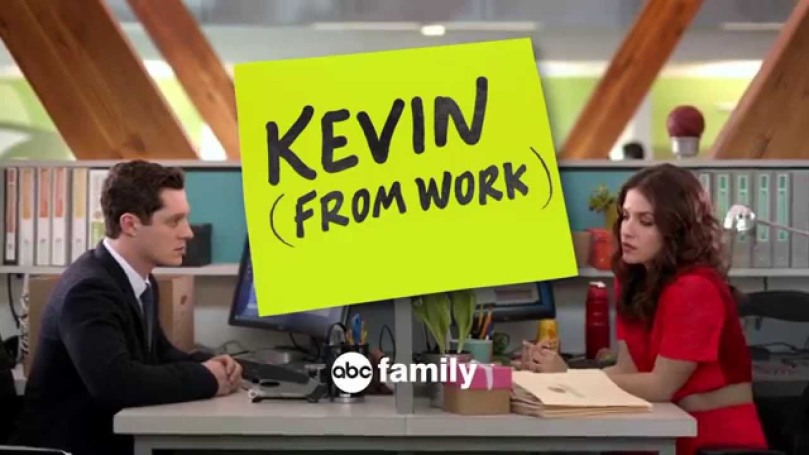 I saw an ad for this one on ABC Family, and I thought I would give it a try. It is really cute! It’s a workplace sitcom that’s younger and fresher than something like The Office (and probably not as smart). Kevin is the guy next door who is hard worker with good intentions. He is in love with his cubical neighbor, and he has a lot of colorful friends, co-workers, and a crazy sister. Not rocket science, but entertaining.

This is Denis Leary’s latest show, and John Corbett is in it too! I loved Rescue Me, I loved Sex and the City, thus, I shall love this show. Denis Leary plays a washed up lead singer of an old 80’s hair band, and John Corbett is the lead guitarist. Leary’s long lost daughter shows up out of nowhere with aspirations of starting her own singing career by capitalizing off of some of Leary’s distant industry connections and song writing talent. It’s a similar type of humor to Rescue Me, but more rock & roll than firefighter. Not quite to the depth of Rescue Me, but I’m hooked!

What TV have you gotten hooked on this summer?

I’m watching on the tube this fall.

1. Heart of Dixie.  I love it.  It’s my inner 16 year old I think because it’s basically on par with the WB dramas I grew up with: Gilmore Girls, Dawson’s, Felicity.  I can’t say that every episode is a home run, but I’m emotionally invested in the characters at this point so I have to watch it.  Catch on Tuesday’s on the CW.

2. Flipping Out.  Bravo gets me every time.  I’ve been following this show since the beginning and I love the mix of the design work and workplace drama.  I can’t wait for Jennie to get married in this week’s episode.  It’s on Tuesdays on Bravo.

3. Modern Family.  I’m late to the party on this one, but I’m starting to appreciate it.  It’s funny!  It’s on ABC, but I always forget which day!

4. The Mindy Project.  I wasn’t sure about this one at first and I don’t think I find all of the characters very plausible, but it’s slowly growing on me.  I like some of the leads and I see some interesting love interests developing.  It’s on Fox on Tuesdays after New Girl.

5. The New Girl.  We’ve had this conversation already, it’s hilarious.  It’s on Fox on Tuesdays.

Now I would appreciate if the playoff baseball and presidential debates would stop interrupting my prime time programming!

What shows do you love this fall?

Do you Cwingo?  Well if you do not know what this term means then you clearly do not watch the CW at all.  This is a warning that you just might not have any interest in this blog entry.  I must admit to you that I know what the term means although I have never Cwingo’d myself.  I must say that I have not outgrown tween TV.  I am obsessed with the majority of the television shows on the CW.  This year the season finale’s did not disappoint.  Here are my top picks.

This is the show that I fell in love with from the beginning.  I mean who doesn’t love a show set in NYC that revolves around the lives of teen socialites.  Over the years, these teen socialites have evolved into powerful young adults who are trying to define themselves.  The season finale did not disappoint once again as we witnessed the culmination of Blair’s struggle to figure out which man makes her a better person.  It is no shock that she once again picked Chuck.  The real shocker is that we were left with Charlie and Lola plotting their revenge against Lily and that Serena is ousted once again as she was seen riding on a train away from the city.  Looks like the Van Der Woodsen women are in for a rough start in the coming season.

If you like Twilight, you will love this show.  It’s once again the love story of a human and a vampire, although there is a twist because it is more complicated than that.  There is now a love triangle between a human, Elena, and the Salvador vampire brothers.  In the finale, Elena chooses Stephan and says that maybe things could have worked out with she and Damon if they had met first.  What we then come to find out is that Damon actually met Elena first and then compelled her to forget their meeting because he didn’t want anyone to know that he was in town.  After Elena makes her decision, she finds herself in the same predicament she was in a few years ago.  She and Matt are in a car crash at the bottom of the river, but instead she makes Stephan choose to rescue Matt first.  We find out by the end of the episode that she wakes as a vampire because the council woman injected her with vampire blood before her death because she was literally dying from a brain hemorrhage to begin with.  Can’t wait to see Elena the vampire next season!

I watched the original series and now I have fallen in love with the newest group of classmates.  They started out at Beverly Hills High and now find themselves on different paths but all chasing after the same thing: success, love, and happiness.  The season finale left us with Naomi and Max reigniting their relationship while Silver decided to end all of her relationships and have a baby with her best friend Teddy.  We are left hanging with Adriana going off to Vegas for her latest gig as Dixon is thrown around in a car crash.  Who knows where next season will take us!

All I have to say is that it is about time that Wade and Zoe finally got it on!  I sure hope she doesn’t fall into George’s trap again.

It was great to see Sarah Michelle Gellar back on camera.  If you’re looking for a thriller/mystery show, this is your chance to fulfill your search.  The plot is way too complicated to sum up for you. I would have to dedicate an entire blog entry to explain the twist and turns that happened all season long.  Reviews say that this show is not going to be renewed, but I will tell you that I thoroughly enjoyed the roller coaster ride!