Here are a few recent discoveries that I’ve made that might not really be new, but they’re new to me!

1. The TV show Parenthood on NBC. This show definitely flies below the radar. It’s not a scandalous reality show, trendy drama, or hilarious sitcom. It came on right after another show I was watching a few weeks ago, and I’ve started to get hooked. It has plenty of big stars: Lauren Graham, Ray Romano, Dax Shepard, etc, which sometimes backfires, but all the characters are so down to earth in this show, that all the ensemble cast of big names really works.

2. Almond butter. I realize that all the fitness and healthy lifestyle bloggers have been putting almond butter and other exotic nut butters in their oatmeal for years now, but I’m new on the bandwagon. I’m kind of obsessed with Justin’s brand almond butter with maple syrup. I love it in oatmeal, or with carrots as an afternoon snack.

3. Toms shoes. I needed a pair of commuting shoes that fit between Ugg and Rainbow seasons. Something for the 40-60 degree days in the spring and the fall. I like to wear different shoes while I’m commuting so I can be comfortable and preserve my work shoes a little longer. Usually Toms are about $50, but of course the ones that caught my eye were about twice as expensive. While I don’t think they’re supper supportive walking shoes, they’ve been great for commuting and weekend errands so far! 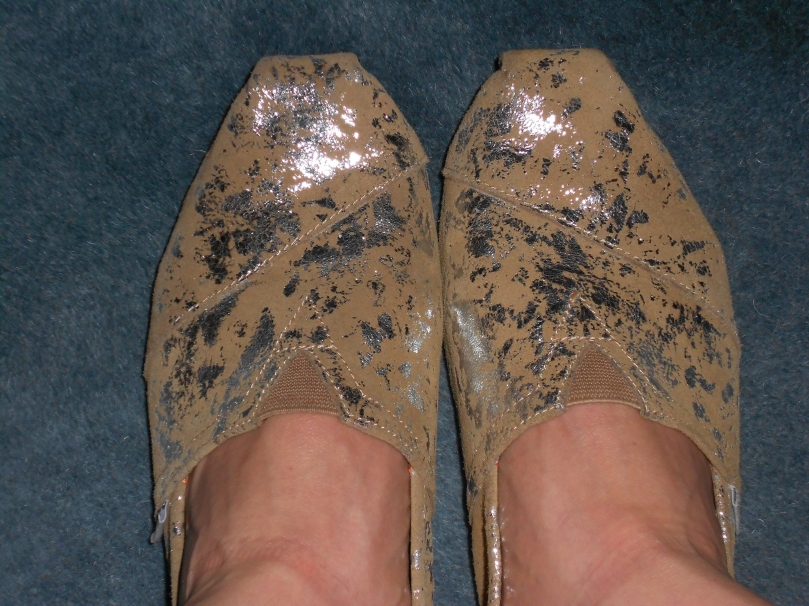 4. Squeegees! I enjoy a clean house. I think I’ve mentioned that before. The main window in my living room is three sliding doors that lead out to my balcony, and I noticed they were getting dingy. I attempted to clean them with Windex and a paper towel, and they came out very streaky. Not OK. So the other day, when I was cruising the cleaning aisle in Target, the squeegees caught my eye. The rest is mirror and window cleaning history.

5. The TV show Southern Charm on Bravo. This one is new to me and everyone else because it just premiered a few weeks ago. It’s similar to some of Bravo’s other recent reality show about 20, 30, and 40 somethings living the good life in a fun city (i.e. Shahs of Sunset, 100 Days of Summer, etc.). This one is about a bunch of well-off friends in Charleston, SC. It’s such a beautiful change of scenery from the standard LA or NYC, and I’m already totally hooked. Bravo gets me every time!