In case you missed it, the Tony Awards were last night. I thought this year was going to be a snooze because Hugh Jackman was the host (as opposed to Neil Patrick Harris), and the field of productions did not seem too impressive. But I definitely called it too early, because there were some awesome moments like:

Great performances from revivals: Hedwig and the Angry Inch, and Violet. I haven’t seen either production in person, but they look like fun!

T.I. and LL Cool J rapping the opening song of The Music Man. It was pretty epic!

Carole King introducing the musical based on her life, and then singing with the cast. Carole King is EVERYTHING. 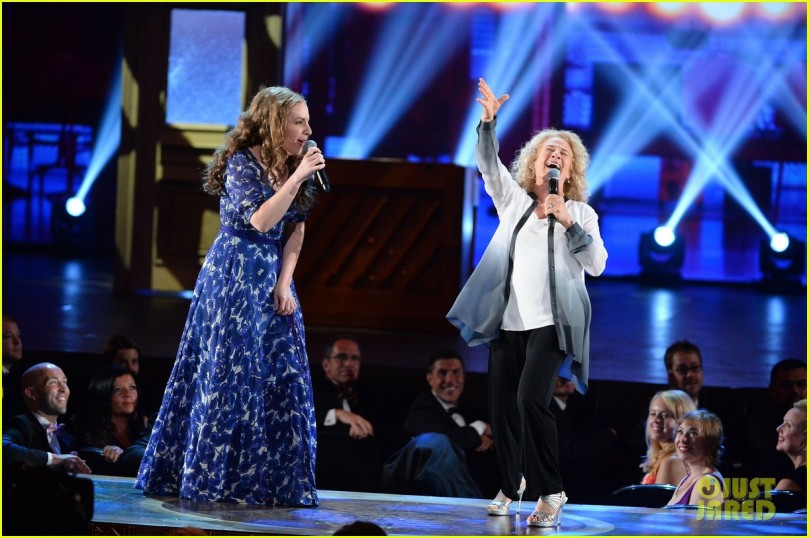